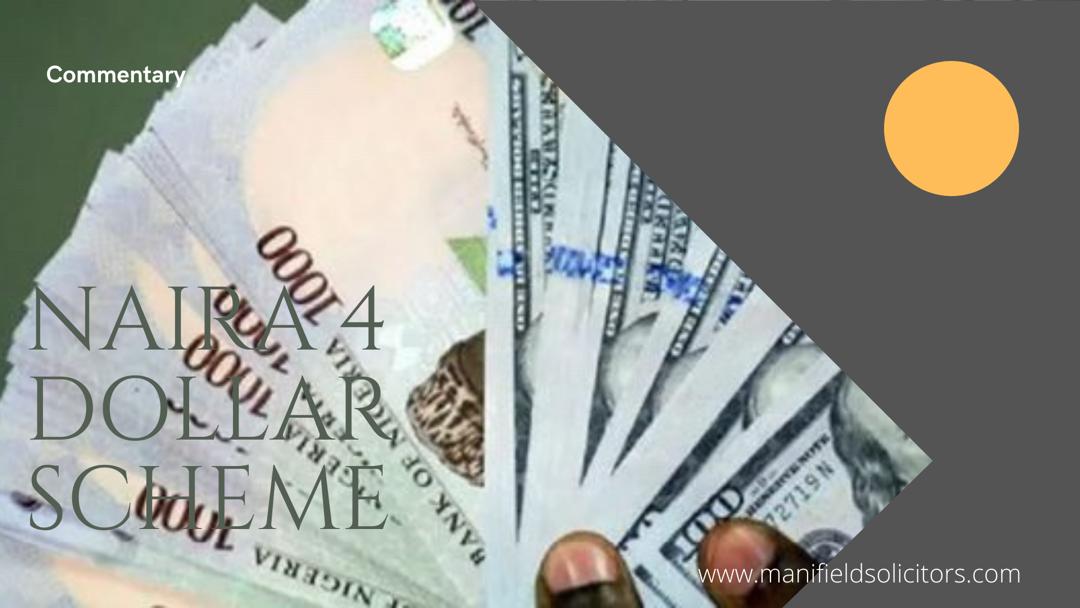 Nigeria’s dependency on oil and oil proceeds as a major source of revenue for our economy is not in doubt and this is evident in the fact that the oil sector accounts for 95 percent of export earnings and about 40 percent of government revenues. The Nigerian economy like most economies was gravely affected by the recent global pandemic which occasioned a drop in oil prices. This was largely because of reduction in crude oil demand and the oil price war between Russia and Saudi Arabia. In the face of declining oil earnings and reduced capital inflows from risk-averse foreign investors, extreme pressure has been building on Nigeria’s foreign reserves in past months. This has led the once stable economy to suffer a significant drop in the country’s foreign reserve. For a long while, the country’s foreign reserve has been fluctuating in a declining state as what stood at US$38.5billion at the start of 2020, plummeted to US$35.36 billion in December 2020.

Consequently, Nigeria has experienced a major foreign exchange (forex) shortage, resulting in an increased parallel market exchange rate after the official exchange rate of the Nigerian Naira (NGN) was devalued twice within 2020. Ever since, the Central Bank of Nigeria has been looking for innovative ways to boost its foreign reserves. Part of such ways according to international market pundits, is the Central Bank of Nigeria’s (CBN) imposed ban on crypto currency transaction with the hopes (inter alia) of encouraging more citizens to conduct Dollar transactions through CBN approved Internatonal Money Transfers Operators (IMTOs).

The apex bank of Nigeria, in seeking further ways to increase inflows of diaspora remittances into the country, introduced a ‘Naira 4 Dollar’ scheme aimed at giving N5 for every one (1) USD received as remittance inflow. This was contained in a circular dated the 5th of March, 2021. This scheme as implemented on the 8th of March, 2021, will run for two consecutive months and end on the 8th of May 2021.

The scheme has generated a plethora of issues and questions as presented by Nigerians in their criticism, as it is believed that the CBN has spent excessively in its bid to defend the naira. According to reports by the Nairametrics in an article published in May, 17th 2019, the CBN in 2018 distributed about $36.6 billion forex worth in the Investors & Exporters Window to match with its demand hoping that this will keep the exchange rate stable and drive down the inflation rate. However, the high volatility nature of the forex market did not allow a sustainable naira defense for the long term, thereby resulting in a failed mission. The arrangement failed to secure the economic stability (particularly the fiat) for Nigeria. Notwithstanding, the current Naira 4 Dollar scheme represents another desperate measure to salvage the Nigerian currency which in our opinion, is heading towards another devaluation.

The current Naira 4 Dollar scheme though laudable as it is, may immediately impact the country’s foreign reserve, but it also poses a threat of further devaluation of the naira, as more notes will be printed to fund the schemes incentives. This devaluation will likely lead to an increase in the prices of imported goods and services, thus further depreciating the Nigerian economy. By this analysis, it appears that the scheme may have a negative lasting impact, a plot which the CBN should eschew.

It goes without saying that it is extremely pertinent to increase the country’s foreign reserve and whilst we applaud the current efforts of the CBN in doing this, we are inclined to suggest methods that are less likely to be damaging in the long term. Below are a few suggested strategies to help boost our country’s economy.

To boost the Nigerian economy and its foreign reserves, the CBN is expected to embark on carrying out positive schemes that will immediately impact the Nigerian economy. Our review finds that successful export promotion policies have defined priorities, clear goals and objectives.