Registering a trademark under the right class(es) is a key component to your overall trademark protection strategy.

What is a Nice Classification?

The International Classification of Goods and Services was established by an Agreement concluded at the Nice Diplomatic Conference, on June 15, 1957, revised at Stockholm, in 1967, and at Geneva, in 1977, and was amended in 1979. The countries party to the agreement  (89 States as at January 2019) constitute a Special Union within the framework of the Paris Union for the Protection of Industrial Property. As an obligation, they apply the Nice Classification for the registration of trademarks, either as a main system or as a secondary system, by appearing in official documents and publications related to marked records the numbers of the Nice classes to relate the products and services for which the trademarks are registered.

The Classification is framed into a total 45 Classes (34 classes of products, and 11 in which services are finite). Within these classes are around 10,000 items of products and 1,000 of services, which makes it easier to decentralise the process when applying for a trademark in any of the States parties to the Agreement.

In addition, the fact that the Nice Classification exists in several languages saves applicants a considerable amount of work at the time they must submit a list of products and services in a language other than the country of origin of the trademark.

Purpose for the Nice Classification

When making an application the onus is on the applicant to discover whether the mark is brand new, or whether it has already been claimed by another party. The Nice Classification facilitates this due diligence by organizing information concerning trademarks into indexed classes – making it easier to conduct a thorough search. In other words, the classification of the goods and services enables the smooth acquisition of trademark rights.

When Are Nice Classes Applied?

Where a party is desirous of a Trademark application, it is pertinent to determine the territory for the proposed trademarked goods or services is resident. This is preponderant because each territory may apply a different version of the Nice classification to your application description of your goods and services.

According to the International Trademark Association (INTA), Colombia, Portugal, South Korea and the United States are in a minority of jurisdictions that do not permit class headings as part of an acceptable identification of goods or services when applying for your trademarks.

Is Nigeria a Party to the Agreement?

At Manifield Solicitors LLP we find your willingness to resolve any questions or queries that may arise when registering your trademark, and we encourage you to contact us for further information. 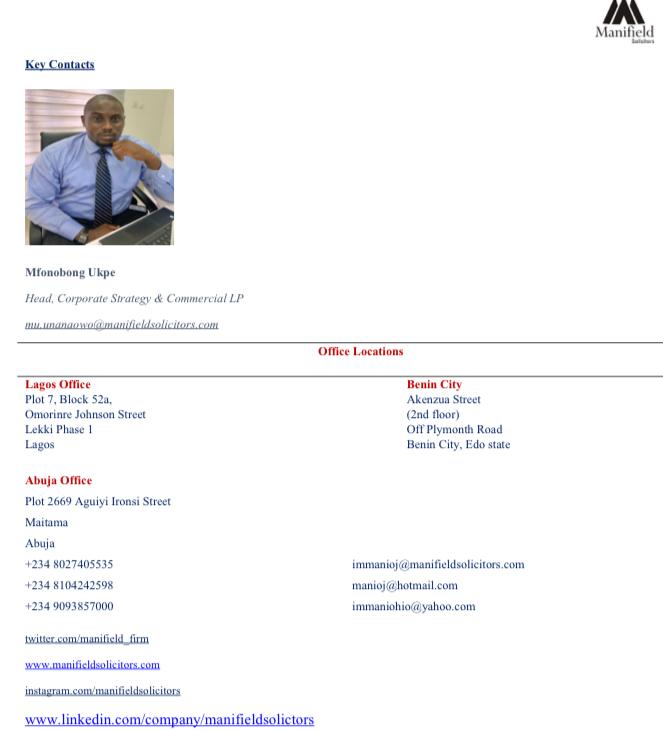