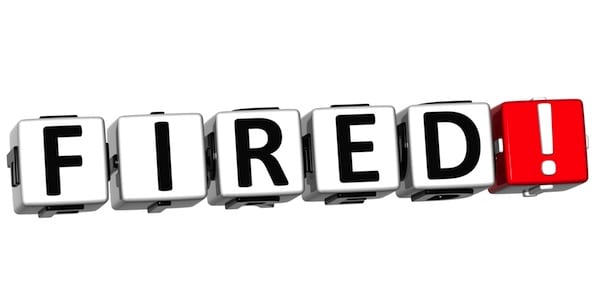 Employment relationships are not such that are intended to exist in perpetuity. Consequently, it can be determined in several ways including Contract Termination, Dismissal, Retirement, Redundancy, effluxion of time, operation of law and subsequent mutual agreements (mutual separation agreement). In this paper, I would be discussing some of the ways which a contract of employment can be determined.

Employers are statutorily obligated to ensure that an employment relationship is governed by a written statement and this is clearly stated in the provision of the Labour Act below.

“Not later than three months after the beginning of a worker’s period of employment with an employer, the employer shall give to the worker a written statement specifying:

Although both Employer and Employee have the right to terminate the Contract of Employment, this cannot be done without giving proper notice, section 11(1) of the Labour Act states:

“Either party to a contact of employment may terminate the contract on the expiration of notice given by him to the other party of his intension to do so.”

Subsection 2 of the same provision went further to state the length of notices that are expected to be given to given:

The notices are however exclusive of the day on which the notice is given.

Both parties have the option of either giving the required statutory notice of termination or giving salary in lieu of notice.

Formerly, the motive for termination of employment by an employer was deemed to be irrelevant as the employer had the right to “hire and fire” see the case of Chukwumah v. Shell Petroleum (1993) 4 NWLR (Pt. 289) 512. The National Industrial Court has in the case of Ebere Aloysuis v. Diamond Bank Plc (2015) 58 NLLR (Pt. 199) has attempted to take away the trendy power of the employer to “hire and fire”. The court aligned itself with the global practice and has stated that an employer must now justify every termination. The court while delivering its judgement stated that “it is now contrary to international labour standard and international best practice and, therefore, unfair for an employer to terminate the employment of its employee without any reason or justifiable reason that is connected with the performance of the employee’s work”.

It is however worthy of note that this position of the National Industrial Court has not been tested by the appellate court and it would be very interesting to see if the appellate court will uphold this evolution of principle in the Nigerian Labour Law.  The Court of Appeal in the case of Spring Bank Plc v. Babatunde [2013] 33 NLLR Iyizoba, J.C.A stated that “it is trite law that a master can terminate the contract of employment with his servant at any time and for any reason or for no reason whatsoever.” It would appear that the earlier position of the National Industrial Court is in contradiction with this Judgement of the Court of Appeal, it could also be said that the intention of the National Industrial Court is simply to propose an evolution in the Labour Law of Nigeria so as to be in tandem with international best practices but this intention cannot be fully crystalized into a substantive law until the Appellate court expressly overrules itself.

An employer can also adopt the option of “dismissal” as a disciplinary action against an erring employee. Dismissal is the maximum punishment that can be given to an employee, it is the right of an employer to terminate a contract of employment on account for misconduct on the part of the employee, this action disqualifies the employee from any claim from his former employer regardless of how long he/she has served such employer. The Employer must however inform the Employee in question of his alleged wrong and give him/her an opportunity to defend himself/herself, the dismissal must be in compliance with the rules of fair hearing and justice. In the case of Yaroe v. Nigerian Stock Exchange [2014] 46 NLLR (Pt. 147), the court emphasized on the need for an employer to properly observe the rules of natural justice in the event that the employer wishes to dismiss an employee. There is plethora of cases that go to state this principle that the employer MUST observe the principle of natural justice or risks having the dismissal being tagged unlawful, thereby entitling the employee to damages and other rewards.

This is an agreement between an employer and an employee to terminate the contract of employment under a mutual and agreed terms. This option is usually explored by employers so as to avoid the legal risks that follow termination of an employment relationship. A common clause in these agreements is the provision that the employee waives his/her right to seek any form of legal redress or enforce any contractual right in court.

This agreement is governed by the laws of contract, since the contract of employment was voluntarily entered into by the parties thereby creating an employment relationship, the parties may also voluntarily and mutually wish to determine such contract by way of the Mutual Separation Agreement. The position of the law is that these contracts are binding and enforceable in the absence of duress or any vitiating element in the general law of contract.

The provisions of Section 20(3) of the Labour Act shows that before a layoff can qualify as redundancy within the meaning of the Act, the following conditions must be established:

In this instant, the employee is entitled to redundancy payments and can claim same.

A contract of employment like any other contract can be determined at any time, however this must be in compliance to the governing laws so as to avoid legal liability for either party of the contract, a good number of the cases in the National Industrial Court deals with issues of unlawful dismissal and this can be avoided if more time is taken to properly understand the determination of employment contracts in the Nigerian labour industry.