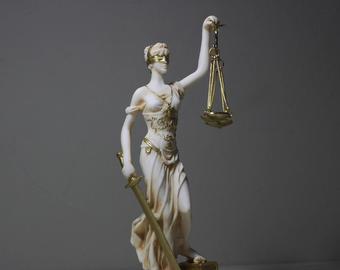 The Bureau is charged with the objectives of establishing and maintaining a high standard of morality in the conduct of government business and to ensure that the actions and behaviour of public officers conform to the highest standards of public morality and accountability.

Section 3 of the Act expressly sets out the functions of the Bureau. The functions include;

Provided that where the person concerned makes a written admission of such breach or non-compliance, no reference to the Tribunal shall be necessary.

The Constitution of the Federal Republic of Nigeria 1999 (as amended) equally makes provisions for assets declaration as they apply to public officers which includes the Chief Justice of the Federation as stated under Paragraph 5, Part II of the fifth Schedule.

In the matter of the Federal Republic of Nigeria  with regards to the issue of charges on alleged non-declaration of assets against Justice Walter Onnoghen CJN, the news of which broke out on social media platforms on the 13th day of January, 2019 has caused a stir of mixed opinions and character assassination on the person of the CJN. As reported, the number of individuals has suggested that FRN’s move against the CJN is to cripple the Judicial Arm of the Government ahead of the 2019 general elections. Drawing strength from the court of appeal judgment in Nganjiwa v Federal Republic of Nigeria (2017) LPELR-43391(CA), the jurisdiction of CCT has been questioned by a section of the NBA. They added that the Court of Appeal in that case, made it very clear that any misconduct attached to the office and functions of a judicial officer must first be reported to and handled by the National Judicial Council (“NJC”) pursuant to the provisions of our laws. Only after the NJC has pronounced against such judicial officer can the prosecuting agencies of the Federal Government proceed against him. These requirements of the law are anchored on the overriding principles of separation of powers between the executive, the judiciary and the legislature and on the need to preserve, promote and protect the independence of the judiciary. Our respective liberties and the rule of law are best protected and preserved if the judiciary remains independent and shielded from intimidation and assault by the other arms of the government.

On another hand, the CJN’s (who failed to show up at the Tribunal on Monday, 14th January, 2019) defence team led by Chief Wole Olanipekun (SAN) challenged the Jurisdiction of the Code of Conduct Tribunal to hear the matter on the grounds that the CJN was not served with Charges or Summons personally as required by Law.

However, the question for determination is the ‘Constitutionality of the judgment in Nganjiwa v Federal Republic of Nigeria’ and the powers of Code of Conduct Bureau. I respectfully align myself with the stellar opinion of Prof. Itse Sagay (SAN) and state that the said judgement in Nganjiwa’s case is unconstitutional and an illicit attempt to create a judicial immunity contrary to the provisions of the Constitution. The trend according to the learned silk is that, what some Justices try to do is to take over the job of the National Assembly, amend the Constitution and then hide themselves inside as those who are immune from prosecution which is solely illegal, unconstitutional and an abuse of judicial powers.

A clinical consideration of the Nganjiwa’s case will suggest that misconduct contemplated therein is that which emanates from the course of the judge’s judicial duties or acting as a judicial officer in the course of hearing a case and thus found guilty of misconduct while adjudicating over the said case. The Walter Onnoghen’s (CJN) situation in my opinion is not captured within the Nganjiwa’s case or the intention of the Code of Conduct for Judicial Officers. The CJN’s case is subject to the combine effect of Part II, Fifth schedule of the 1999 CFRN as amended and Code of Conduct Bureau and Tribunal Act of 1991, it provisions of which addresses the prerequisites before a public officer takes office inter alia, vesting an exclusive jurisdiction on the Code of Conduct Tribunal as first court of instance to address contraventions of the Code by a public officer.

In light of the above, it is pertinent to be guided by the rule of law (particularly Section 1 (3) of the CFRN 1999 as amended which provides that if any other law is inconsistent with the provisions of this Constitution, this Constitution shall prevail, and that other law shall, to the extent of the inconsistency, be void) and avoid political sentiments in interpreting and administering the law.