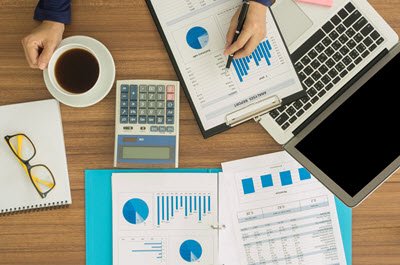 The FRC is responsible for, among other things, developing and publishing accounting and financial reporting standards to be observed in the preparation of financial statements of public entities in Nigeria.

According to the provision of the FRCN Act the Council is also responsible for ensuring good corporate governance practices in the public and private sectors of the Nigerian economy.

The Council, in the spirit of promoting the ease of doing business have proposed a 2018 Code of Corporate Governance. This proposed new code will attract local and foreign investments and enhance the integrity of the Nigerian market by projecting and securing a culture of disclosure, transparency and accountability”.

The council had first issued in a two-in-one National Code of Corporate Governance for the Private Sector and Not-For-Profit Organizations in October 17, 2016, and in October 28, 2016 the Federal Government suspended the Code.

The Council set up a committee in January 2018 to review the suspended code and later came up with the 2018 proposed code after undertaken extensive and well-attended public hearings organized across the six geo-political zones of the country and at the FCT.

Unlike the suspended 2016 code, this new code makes provisions on all public companies, private companies that are holding companies of public companies, or privatized companies as well as regulated private companies whose files return to any other regulatory authority other than the Federal Inland Revenue Services and the Corporate Affairs Commission. The executive secretary of FRC, Mr. Daniel Asapokhai commented during an event that “the time we have spent between the suspension of the earlier code released in 2016 and today has also allowed us to take cognizance in corporate governance practices around the world”.

Due to the fact that many companies that are expected to implement the code may not currently have adequate corporate governance structures, companies would be required to begin reporting on the application of the Code in their annual report, starting in financial years ending on or before January 1, 2020.

The over-all nature of the new code is centered around a “apply and explain” policy, which is similar to the military saying of “obey before complain”. This translates that the category of companies caught under the ambit of this new code would have a very difficult time evading the compliance of the new code. This however doesn’t mean that it is rigid, it just goes to say that even in it’s flexibility, the spirit of the law would be enforced.

Considering the fact that the present corporate environment isn’t always “compliance friendly, it would indeed be interesting to watch the philosophy of the code take expression in execution. The code was scheduled to be unveiled by the Financial Reporting Council Of Nigeria on the 20th of November, 2018 but has been postponed and a new date has been promised to be communicated imminently.