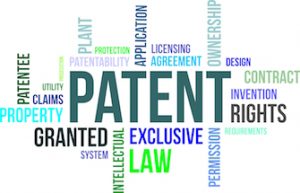 Over the years the dynamism of the law has come into play in the emergence of various aspects of the law which includes but not limited to entertainment. Entertainment generally entails any activity whatever so called that is designed to create amusement, relaxation, fun and pleasure.  Entertainment law is not a single legal topic, it is characterized with generally applicable principles which boarders on variety of matters like intellectual property, contract, finance, tax, securities, business associations and  labour arrangements. To be a successful player in the entertainment industry, requisite knowledge in the aforementioned areas is sacrosanct. The entertainment industry is perceived to be one of the fastest growing industries in Nigeria, this is evidenced by Nollywood being ranked as one of the largest and fastest growing movie industries in the World as well as other musical recognition gained over the years.

The role of law in the regulation and standardization of this fast growing industry in Nigeria cannot be exaggerated, the industry has not only contributed to the country’s gross domestic product, it has also played a vital role in re-branding the country’s image overseas.It is however pertinent to state at this juncture that there are no specific legislation on Entertainment Law in Nigeria, However other legislation ancillary to the activities connected therewith give  force of law to the entertainment industry. 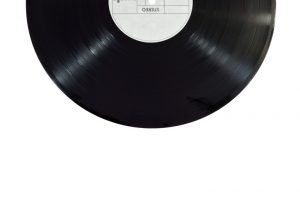 This article aims to discuss the synergy between the law and entertainment in Nigeria, the role of legal practitioners in the entertainment industry, issues arising and the way forward. 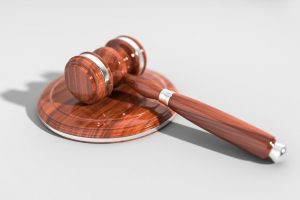 The Copy Rights  Act provides for the protection, transfer, infringement of, remedy and penalty thereof for copy right in literary works, cinematograph films, sound recordings, broadcast and other ancillary matters. The Act also established the Nigerian Copy Right Commission to be res responsible for all matters affecting Copy Right provided for under the Act in Section 34(3) (a)- (f) of the Copy Right Act Cap C28 LFN 2004. The Act expressly states works that are eligible for Copy Right in Section 1 of the Copyrights Act Cap C28 LFN 2004.

The Trade Marks Act provides for the regulation and protection of brand identity of registered trademarks. A trademark in Nigeria is initially valid for a period of seven (7) years, and indefinitely renewable for another fourteen (14) years.

The patent and Design Act makes comprehensive provisions for the registration and regulation of patents and Designs. The Act further provides that an invention must be new, it must result from an inventive activity or constitute an improvement on potential invention. A patent in Nigeria is  valid for twenty (20) years from the date the patent application was filed. Where the prescribed annual fee with regards to the patent is not paid within the stipulated time and the fee remains unpaid after the six month grace period given by commission, the patent shall lapse.

The Companies And Allied Matters Act established the Corporate Affairs Commission, which is the regulatory body saddled with the responsibility of company incorporation, incorporated trustees and registration of business names and other activities stipulated by the Act. The business activities of the entertainment industry are mostly governed by this Law. Artist in the entertainment industry are often signed under a record label, production,  promotion or management entities and these entities are usually companies incorporated and clothed with legal personality and are bound by the provisions of the Companies And Allied Matters Act ranging from capacity to form a company, filing of  returns and other required compliance.

The Companies Income Tax Act governs the administration of company income tax which is applicable to companies. The Act makes provision for the current tax rate payable by  a company in Nigeria which is 30%. This tax is payable on profit accruing in, derived from or brought into or received in Nigeria. Companies in the entertainment industry such are record labels,film makers e.t.c are incorporated companies and therefore eligible to pay companies income tax and non payment of same attracts a penalty.

The Personal Income Tax Act governs the administration of personal income tax. It imposes income tax on individuals, communities, families, executors and trustees  and to provide for the assessment, collection and administration of tax. Every player in the entertainment industry whether an artist, an  author, an inventor of a work is  eligible to pay his or her personal income tax and failure to do so attracts a penalty.

There are cases where players in the entertainment industry are being intimidated and their artistic work, wrongfully or maliciously banned from being aired. However, the CFRN diligently provides for and protects the fundamental human rights of every citizen of Nigeria and beyond. Thus, an aggrieved party can bring an action in court for an enforcement of his/her fundamental human rights. 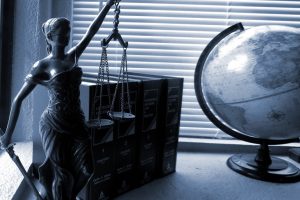 ROLE OF LEGAL PRACTITIONERS IN THE ENTERTAINMENT INDUSTRY

There are specific functions In the industry that require the expertise of a legal practitioner viz: 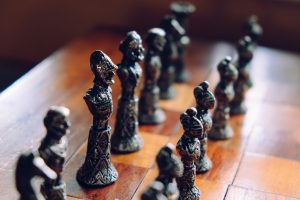 CHALLENGES IN THE NIGERIAN ENTERTAINMENT INDUSTRY

The entertainment industry has undoubtedly contributed to the development of the country’s economy in recent times. However it is also necessary to state the challenges that abound in the sector.

The most prevalent issue in the entertainment industry in Nigeria is piracy, which has become a topic of concern that requires urgent attention. Piracy is the unauthorized use or reproduction of a person’s work usually associated with intellectual property. Despite the fact that laws and regulatory agencies have been put in place to protect intellectual property, piracy is on the increase. This continued practice has occasioned great financial set back to the industry and the Nation at large. The creator of a work makes little or no cash compared to the amount invested in the project whereas some person in the popular Alaba international Market makes good money from selling thousand(s) of pirated copies.

A lot of owners of intellectual property fail to register their works which attracts grave consequences. For example   Section 3 of the trade marks Act provides for the effect of non- registration of a trade mark. It presupposes that an unregistered trademark owner cannot institute a proceeding to prevent or recover damages on infringement save for passing off.

There also appears to be issues arising from contracts signed by parties in the industry. Most often than not this happens because the actors and actresses sign this contracts at a point where they are hungry for fame and have little or no cash, which makes them vulnerable to the managers who seem to hold their future. The agreements are usually drafted to exploit these upcoming players in the entertainment industry.

Furthermore there is this notion that  hiring a lawyer at the early stage of their pursuit is too expensive and unnecessary, they however fail to realize that the consequence of entering into contracts they do not completely understand out weighs the cost of hiring a lawyer to scrutinize and even seek to expunge parts of the agreement that is not favourable on their  part because once the contract is signed, parties are bound which could transcend to indirect  slavery for the number of years the contract subsist.

Lack of access to financing of the entertainment industry has been a major draw back for the industry. This necessitated the National Film Corporation (NFC) the Nigerian Copy Right Commission (NCC) and Nigerian Broadcast Commission (NBC) to jointly endorse the establishment of the National Film Development to tackle this issue of lack of financing for film production activities in Nigeria.

The Inadequacies and lack of enforcement of these laws governing intellectual property and entertainment law in Nigeria also affects the activities of the industry. This is one of the reasons piracy is still at its peak in the country.

We recommend that awareness campaigns should be held frequently to promote and create awareness on the importance of intellectual property, players in the entertainment industry need to come to terms with the fact that the role of a legal practitioner in the entertainment industry is pivotal at every stage( from the initiation of the contract to the conclusion), More effective enforcement procedures should be put in place to curb the menace of piracy and counterfeiting in the industry.