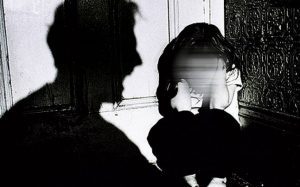 It is often said that “family is the basic unit of a society”. This statement is true and factual as everyone living or that has ever lived came from a family setting or was raised in family setting. This beautiful arrangement made possible by the Supreme Being, God, to raise responsible and noble persons in all societies is gradually hitting the rocks. Reports of unsettled homes as a result of the growing trend of Domestic Violence is skyrocketing on a daily basis; thereby making families no longer what they ought to be.

Domestic Violence can be deduced to be violence or other abuse by one person against another in a domestic setting; such as marriage and co-habitation. Domestic Violence could take various forms including but not limited to physical, verbal and emotional form, which ranges from marital rape to violent physical abuse.

Domestic Violence has claimed so many lives of women who sadly, tend to experience more severe forms of violence from their spouses. Since many incidents go unreported, the situation is worse than statistics reveal. In discussing the incidence and dimension of Violence against women in the Nigerian society, “Center point Journal”, reports that the common forms of violence against women in Nigeria are rape, acid attacks, molestation and wife beating. The major cause of deaths is as a result of spouses not being able to speak up for fear of moral, cultural and societal values. These deaths are avoidable if proper measures are put in place by the Governmental authorities but most especially, the legislative arm of governance.

The Nigerian judicial system has not thrown around enough weight on this issue for the Nigerian populace to trust that justice can be quickly dispensed in such matters; bringing offenders of the law to book.  The judicial system has often been criticized on the need to put in place decisive legislation to deal with this issue of Domestic Violence. The Enactment of the Violence against Persons (Prohibition) Act 2015 was a welcome development which has tried to cover various aspects and forms of violence.

The enforcement of the law in this area seems docile as we rarely read on sentencing meted out to offenders and even when such act is established in any dissolution of marriage matter filed in a court of competent jurisdiction, marriages are dissolved leaving the violent spouse to go unpunished. This area should be critically reviewed as the law should mandate a presiding judge in such matters to have discretionary powers to sentence any violent spouse in a marriage upon establishment of that fact by the court.

There are relevant sections in the Violence against persons (Prohibition) Act 2015 which prohibits spousal battery which is a form of domestic violence. The relevant section states that any offender is liable to 3 years imprisonment and a fine of N200,000 or both (Section 19(1) of the Violence against persons Act 2015). The Act in a bid to be all encompassing has included punishing an offender who attempts to commit battery or one who incites another to commit such act. The Act on its part, stipulates that punishment of the forgoing circumstances is a term of inprisonment not exceeding 1year and a fine of N100,000 or both and a term of imprisonment of not exceeding 1year or a fine of N200,000 or both respectively (Section 19(2) and (3) of the Violence against persons Act 2015).

The enactment of the Act is a big step in the right direction as it has broadened the scope of violence, covering a wider scope of differing circumstances but it has been often criticized that the Act is largely limited in its geographical applicability. States are enjoined to quickly domesticate this law as most of these offences are even more committed in jurisdictions where there is limited social-economic awareness. The citizens are strongly encouraged to push for the domestication of this law in their respective states.

Another shortcoming of the Act is in its applicability and enforcement. As enshrined in Section 27 of the Act, the Act seeks to limit its applicability to the FCT, though it is supreme over enactments such as penal code, criminal code and criminal procedure code, especially with respect to the expanded scope of rape, consent and means by which consent is obtained.

The need to increase the awareness and desire in all persons to curb this inhuman act is due to the fact that according to World Health Organization (WHO), there is an alarming population of women who had or are experiencing physical or sexual violence or both by an intimate partner. This shows how much women are being abused in a relationship by their male counterparts.

Recently, the rate of depression and tendencies for suicide has been on the increase among youths and teenagers, especially of the female gender. Domestic abuse affects them academically, physically, psychologically and emotionally.

Children who fall victim of domestic violence may develop serious emotional, behavioural, or academic problems. They are more likely to use violence in response to threats; they attempt suicide, abuse drugs, prone to committing crimes etc. Eventually, if they are not helped, they might turn out to be abusers in the future.

The recommendations outlined below is not restricted to the judicial system alone. The need to eradicate this menace is a collective effort of parents, religious organizations, spouses and the society at large.

It is important to start off the recommendation from the family setting where everyone begins the nurturing to maturity. Parents or caregivers have a major role to play in the modelling of a child’s character and total wellbeing. Parents and caregivers need to create time for their children or ward in order to make use of each opportunity to imbibe good morals, decency, love and respect in such young ones.

Additionally, parents and caregivers should inculcate the proper view of life and need to develop a strong love of God in their children and ward. The advantages of spiritual education should not be related to the background as same is fast becoming the order of the day. The busy lifestyle of today’s parent has made little time available for attention to be given to imbibing morals and ethics to their children. Parents, should not to be only satisfied or concerned with providing the good life of wealth and security for their children but the need for a spiritual consciousness sharpens a person’s life, which surpasses wealth.

Furthermore, parents need to have an exemplary lifestyle worthy of imitation by their children. Research has shown that children, irrespective of what they are told by parents or warders, tend to imitate the lifestyle of their parents. Children are great observers. Children who grow up in a violent family setting will view the carrying out of violent or vicious act as a normal way of life and vice versa.

Children need to grow up with a balanced view of life which makes them become better adults in life and are able to deal with varying circumstances in life.

We also need to look into religious organization band their impact on their followers. Religious leaders should primarily teach values as their major teachings to all its adherents. Values are everything; as such values sharpen every aspect of one’s life. The scriptural admonition given to every member of the family as written in the Holy Scriptures should be emphasized. Members should be made to realize that their relationship with God is hinged on how well everyone in the home treats the next person. Specifically stated in the scriptures, is that a husband who deals unfairly with his wife will have his prayers hindered. This further proves the high value God places on happy union between couples.

A closer look into the view of society on this issue of domestic violence is another aspect that has to be discussed critically. The societal and cultural ideologies tend to discourage and look down on any woman who decides to leave apart from an abusive mate. This kind of mentality should be discouraged as so many lives has been lost as a result of the victim adhering to the advice of family members and the society, to stay in an abusive marriage or relatioship for fear of being tagged promiscuous or irresponsible.

The Nigerian culture most especially belives that such circumstances such as domestic violence should be tolerated by the wife even in situations where such has resulted to the victims being hospitalized on several occasions. The cultural and societal idea is that victims of such domestic violence should not voice out the problem. The society at large asserts that encountering such circumstances is expected or normal in a marriage. This is a very wrong thinking.

This mistaken cultural and societal mentality should be addresses by passionate members of the society and non governmental agencies who should organize seminars to educate the general public not to stigmatize any victim of domestic violence who decides to speak up or act decisively in such situation. Such awareness should involve the rural areas well. The issue of domestic violence is a very sensitive issue as it is bothers on a life and death situation.

In discussing the improvements that can be incorporated in the judicial system to curb domestic violence, it is my view that the Act should address the timeous dispensation of a domestic matter filed in any court of competent jurisdiction. Such matters should be time bound; the Act should made a compulsory limit on the duration of the completion of such matters by a presiding judicial officer, preferably within 3-6 months.

The efficacy of putting in place of a restriction on the pendency of such matter in court will assist in quick dispensation of justice in such matters. This will encourage others who are victims of domestic violence to seek protection of the law within the shortest possible time.

Additionally, the Government should establish special courts to ensure that the quick dispensation on such matters. In that way, many cases can be heard and decided in a short pace of time.

The Government should set up an agency which should be saddled with the responsibility of an outreach where all official reports of domestic violence can be reported. Reports are to be treated as confidential and swift action should be taken to arrest any perpetrators of domestic violence especially when such report is supported with reasonable and sufficient proof. Upon arrest, the release of the perpetrator from custody release should be associated with stringent bail bonds. Such cases should immediately be filed before a competent court of jurisdiction for prosecution.