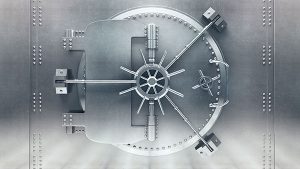 Introduction
The essence of life is the ability for humans to interact with one other. This is particularly important in the exchange of value for a better Ecosystem. Exchange of goods and service have been the bedrock of man’s existence. Historically, Barter trade was the earliest method which people used in exchange of commodities, until a proper legal tender was introduced. Today there are various methods in which commercial activities can be attained either by exchange of goods for services or for money. The importance of commercial activities in a society cannot be overemphasized.
The efficacy of a legal system in any society can only be determine by its ability to provide adequate solutions to the rising issues that emanate from commercial transactions. People go into commercial transactions for profit, however they are also looking for protection in event of breakdown or default of any kind.
The mareva injunction came as a remedy against the evils perpetrated by skillful debtors or potential debtors to pull a wool over their victim’s eyes. This commentary briefly describes the etymology of The Mareva Injunction as well as its evolution in today’s practice.
Mareva Injunction
A mareva Injunction is granted to restrain a defendant from dissipating his assets within jurisdiction. It can be given in personal injury cases, in matrimonial cases or as regards specific performance cases. The court may grant Mareva injunction to restrain a defendant from disposing of his assets within jurisdiction.
Mareva Injunctions are now used in Admiralty matters, liquidated money demand, credit recovery.
The practice of Mareva injunction in Nigeria
In practice, the plaintiff represented by a counsel will draw up properly the terms of the injunctive order supported by an affidavit, and present an application in terms of the motion paper before the court. Following the grant by a Judge of a Mareva order, the interim order would be drawn and signed by the Judge. After which the Mareva order is served on the appropriate body. A significant feature of a Mareva injunction is that although it is given against the defendant, service is effected on the bank or the person or institution in possession of the assets. Where such order is disregarded by the bank whether or not the defendant is aware of the order, it amounts to contempt.
Implications of Mareva injunction on Restrained Banks
Nigeria Banks are mostly at the receiving end of a Mareva injunction as they are jointly attached in the application whether or not they are in possession of the asset. The banks who become seized of an asset in their possession during the life span of the mareva injunction have a strict compliance duty to adhere to the order of the courts. However, if the bank or person in possession of the assets merely pays for them or hands over the assets to the defendants in good faith, this will not amount to contempt. Where the bank or the possessor of the assets has notice of the probability that the defendant would dispose of the assets in breach of the injunction, they shall be jointly guilty of contempt.
Banks are implored to immediately desist from dissipating with the frozen assets after been served with a Mareva order and thereafter commend the compliance proceedings to their legal counsel for necessary compliance with the order.
Compliance
In dealing with Mareva Injunctions, the procedure is for the restrained bank/institution where the assets are deposited to file an affidavit of compliance, stating that they have complied with the order of the court.
Kindly note that restrained banks are not parties to a suit, so therefore are basically not allowed to make appearances or arguments in the substantive suit.
However in practice, it is instructive to always follow up your compliance with an appearance where possible, so as to confirm to the court and the plaintiff that the order has been complied with.
For Lawyers that handle plethora of Mareva injunction matters especially when they are to deal with only the compliance aspect. It is advisable to follow these step.
This simple procedure will aid you to sufficiently conclude your Litigation matters timeously with requisite returns.
It is important to note that most of the Substantive suit where a Mareva Order is made take ages to end and if you are continue to attend(since you can’t make appearance) the substantive cases, you will waste productive time with no returns.
REFERENCES